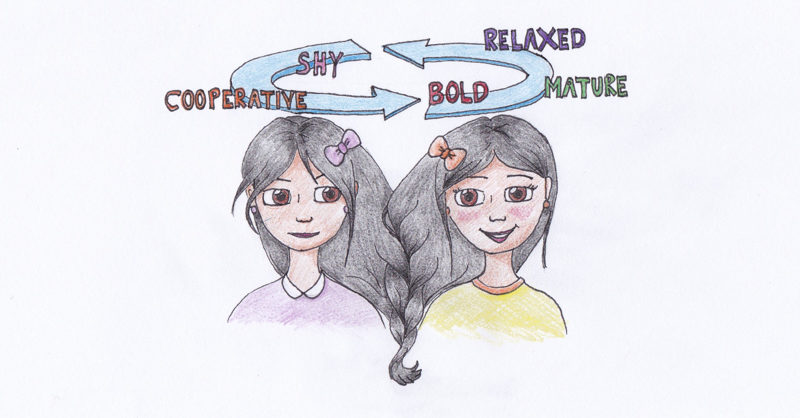 There is something strange about my twin girls: every time I think I’ve figured out their personalities, they switch. The one who was more confident, independent and outgoing becomes more sensitive, attached and whiney. They also switch in other things like who is a picky eater, who is a better sleeper, who always tests limits and who is more cooperative. I have a friend who has twin boys, and she says that her boys also switch personalities.

In their toddler years, Cuddles was quite sensitive and Giggles was more relaxed. During their fourth year, they switched, and Cuddles became independent and outgoing and Giggles was more sensitive and very attached to me. Cuddles seemed to be the mature one who would look after Giggles. It was as if she was the stronger twin and Giggles was dependent on her. So when they started school in summer, I thought that it would be easier for Cuddles and that Giggles might struggle a bit at the beginning. But then the switch happened, and I was quite surprised to find that the transition to the new school, with being in separate classes, was proving to be more challenging for Cuddles. Giggles has made a lot of friends, and I feel she is comfortable in her new environment. She misses her twin sister a lot but seems to be enjoying her space. Although Cuddles doesn’t say much, I feel the separation is affecting her more, contrary to what I had expected. Perhaps she had derived her strength and confidence from the presence of her twin sister and now she needs to find her own strength.

I don’t know whether this periodic “personality switching” is something that is specific to twins. I tried some internet research and found similar anecdotes from parents of twins, but no specific research or anything scientific on the topic. It could be that it happens because twins are together all the time, so they just alternate; and as they grow apart and start leading somewhat separate lives, their true personalities will emerge.

It could also be that this is normal for all children – twins or singles, etc. – to go through phases as they mature and develop. Perhaps with twins one automatically compares and so has the feeling that they actually switch when they are going through natural cycles, and with single children one has no basis for comparison so just accepts it. Sometimes I also wonder whether I trigger that switch by unintentionally being more attentive to whichever twin is more sensitive, so that after a while she becomes stronger and more confident and the other one becomes more needy because she felt left behind.

In my opinion, the two most challenging things that parents of twins face are accepting each one as her separate individual self (resisting inevitable comparisons!), and giving them both equal attention all the time. I hope I can always be fair and equally attentive to both, and my wish for them, as they mature into their own individual personalities, is that they both turn out to be strong and independent yet sensitive in their own ways. And that they can both always count on each other, no matter how far apart they may be in the future.

Do you have twins who go through similar personality switches? Do you have experiences with single children whose personalities seemed to change as they developed? Do share your stories with us. We would love to hear from you!

Didi is an Egyptian mother of twin girls living in Zurich. Before having the twins she worked in the field of economic development. She is currently pursuing a degree in children’s rights and excited about where that might lead.

Lara has been a freelance illustrator for Family Matters since early 2013, and she has also contributed recipes. She is in her third year of University (majoring in Psychology) where she’s currently working as an assistant in a research project in pedagogy. Lara is also an assistant translator from German to English for various fiction books, and works as a demo singer for the songwriter Kate Northrop. Lara works part-time in a bistro and posts occasional food pics and illustrations to Instagram. 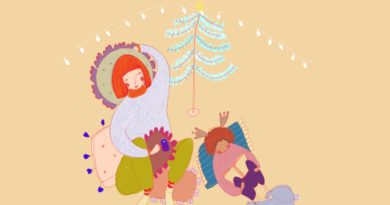 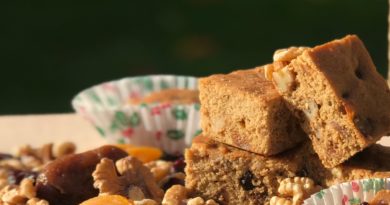 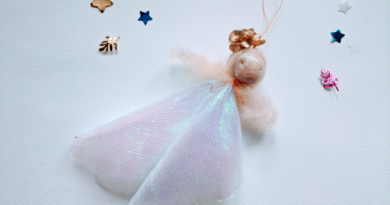