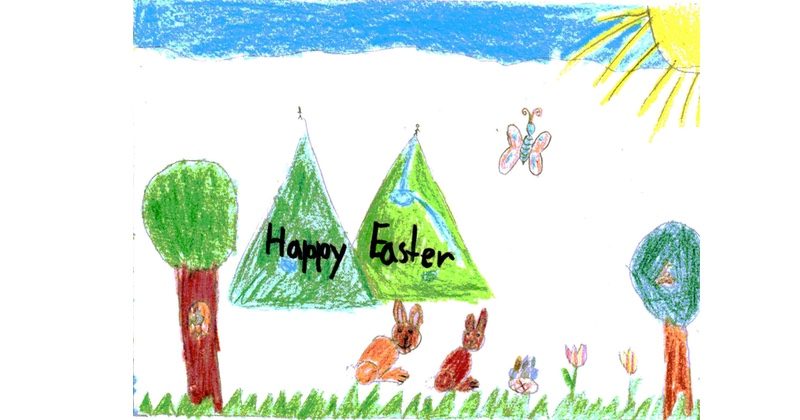 When my children were small, I decided that I would never lie to them. No matter how painful the truth, I would always be the one to tell it to them. (This was before they caught me scoffing the last of the cooking chocolate, and asked me what I was eating. And I said, “Broccoli, of course. What else would I be snacking on?”)

Anyway. From the very beginning, I told them the truth about Father Christmas, the Tooth Fairy and the Easter Bunny. And they were mostly fine with that. Father Christmas is actually Daddy, leaving floury footprints around the lounge to trick us? Fine. The Tooth Fairy is Mommy? Whatever. As long as the cash is where it’s supposed to be.

But when it came to the Easter Bunny…well. There was no way that my children were notbelieving in that.

“Can I come outside with you and hide the eggs?” the smaller child asked me, one inclement Easter morning. “I might see the Easter Bunny.”

“But … you know the Bunny doesn’t exist, right?”

“So why do you want to come with me?”

I was reminded of this conversation recently, when I was reading psychologist Drew Westen’s bookThe Political Brain. In it, he describes a study in which people with strong political beliefs were presented with two contradictory statements, both made by their party. They didn’t even seem to notice the inconsistencies, let alone be bothered by them (although they definitely saw the contradictions made by the party they didn’tsupport).

How is this even possible? How could you hear someone say, “I would never do X. I think X is a terrible thing to do,” then actually seethem do X, and…I don’t know, somehow…by some mental voodoo…just be fine with it?

Westen’s study suggests that the subjects didn’t actually spend much time worrying about this. Instead, their brains “seemed to recruit beliefs” that quickly soothed them back into their happy state of certainty.

But it also seems that, for a brief moment, the clash between what someone in this position wants to believe and what they actually see makes them uncomfortable. So their brain works really hard to make them feel good again.

So people believe what they want to. And the more wrong they are, the better they feel, because their brains reward them for it. For some people, that may mean a nice big dose of dopamine. And for others – some small, animal-loving, sweet-toothed others – the reward for their wholehearted belief in something that they know isn’t true, is the possibility of a giant cuddly bunny heading their way, carrying a basketful of chocolate.

Who can argue with that?

Robyn is a part-time writer and full-time slave to her two young daughters. Originally from Johannesburg, South Africa, she now lives in a little, cow-rich village in Switzerland.

She spends her free time making To Do lists of things she’ll probably never get around to doing (have the car cleaned; vacuum under the bed; run a half-marathon) and putting the finishing touches to her third novel. To read more of Robyn’s writing, click hereor find her on her Facebook page, Loco Parentis.

This was first published in Le News 18 September 2014

Gioia was 8 years of age when she created this lovely Easter picture. 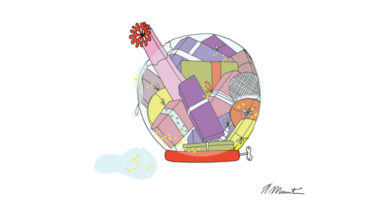 ‘Tis the Season to Be Greedy 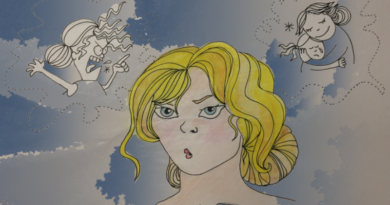 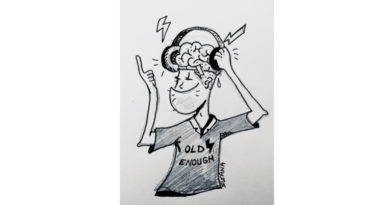 A Pre-Teen is a Tween is an Adolescent