There will come a time when you need to do it: one day you will have to put on (maternity) pants and leave the house with that new little human of yours. Doesn’t sound so hard, right? Just put on pants, lift up baby and walk outside. But honestly, my experience of this with each of my babies was entirely petrifying! Will he be too hot? Too cold? Will he get hungry? What if he does a poo? What if he stops breathing? What if he cries?!

I considered giving you a reasonably dry and informative list of How to Leave the House with Your New Baby. (In short: Start small and achievable; dress the baby in layers; babies’ hands and behind their necks reveal their temperature; don’t be afraid to ask for help; and remember to take some deep breaths of that glorious fresh air!) But I changed my mind. Instead, I want to share some of the wonderful, cringe-worthy tales from behind battle lines, as a reminder that we have all been there: even those who appear to have it all together will still arrive at their partner’s work covered in poo at some point.

First there’s E, who described her first time out with her older child and newborn in the car:

“I had a freak-out in the store that I couldn’t find my keys, so we returned to the car to find a note on the windshield saying that I should go to customer services, where they had my keys and a note saying that they found my car with both doors wide open with keys still inside, so they locked the car up for me.” Not a bad customer service team there!

Then there are those various pram and “travel system” debacles, where one mum “sat on the edge of the road watching a YouTube video to help me fold my new pram into the boot of my car,” and another needed three strangers to help her unfold her pram once she took it out of the boot. Another drove to the city with newborn twins, only to find out that her husband had taken the stroller out of the car the day before, while a different mama realised that loading the car with a new baby, a freshly post-birth mama, a man, a pram and a bunch of new outdoor furniture was a recipe for disaster. And yet another got trapped when she discovered that not all train stations have lifts or ramps! It seems that prams are one of the major problem areas for new mamas, and quite a few also revealed that things were easier with their second baby, when they just used a baby carrier instead.

What should you bring with you, though? I’ll let D explain that one: “Don’t take anything with you, because whatever you need you forgot and left at home anyways. At least, that was my experience… I found myself constantly running into a pharmacy or to H&M for socks, bibs, or pants on almost all my trips outside of the house.” Another mum tells how she forgot to bring nappies for her first visit to a friend, and ended up making her own with a disposable changing mat and sticky-tape!

So what do all of these stories teach us? That life with a baby is rarely predictable or controllable, but it is always an option to put on your brave pants and ask for help. You’ll be surprised at how many people are eager to offer a nappy to a new mum in need. Also, it might be a good idea to practice opening and closing your pram a few times before you desperately need to do it with a hungry baby in tow. And for some much-needed perspective, there will come a time when you are out and you see another mum with a baby smaller than yours, with her coat on inside-out and with specks of yellow poo on her pants. You’ll realise that you can now help her when she’s looking for the changing table in the Migros restaurant, or if she has forgotten her wipes, or if she dares think it a good idea to get off the train at Wollishofen or Oberrieden train station with a pram. You’ll have made it to the next level.

Lastly, on a more serious note, a lot of the new mum stories demonstrate very clearly to me the importance of increasing the disability access in a city. Doing this actually increases the city’s access for a whole array of people, and often makes the outside world more manageable to those who are most at risk of finding the process of going out simply too overwhelming. Ramps, lifts, roll-on-carriages in public transport and easy restaurant or cafe access opens up much-needed opportunities to many other subsections of our communities, including those with prams, and this needs to be embraced!

Originally from Australia, Johanna and her husband unexpectedly made Zurich their home in 2010, when it was simply too beautiful to leave. Fuelled by her own tumultuous experiences of motherhood with her two young boys, this former English and science teacher, writer and musician retrained as a breastfeeding consultant. She runs fortnightly breastfeeding support meetings, teaches prenatal breastfeeding classes and remains very busy providing online and in-person support for mothers throughout Switzerland – while continuing to follow her love of writing and music. Follow her Milk and Motherhood blog and Facebook page.

Jen has been illustrating for Family Matters since 2013. 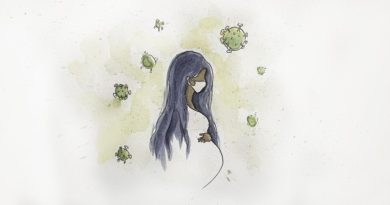 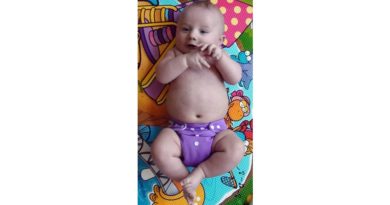