Two years ago, in a letter signed by three maths teachers in my son’s year, we were notified that the classes would be trialing a calculator app for algebra for which all maths students were going to need ANOTHER DEVICE – and not just any old tablet, but one with the required minimum specifications to use the digital calculator TI-Nspire™ CAS App. In my son’s case, he already had a Mac “for schoolwork” and (thanks to an instinctively indulgent, enthusiastic moment on the phone) an iPhone from his grandparents for his birthday.

His gymnasium prides itself on a modern outlook and, it seemed, parents were willing to help them upgrade. Every child had the necessary device on time, after Christmas, as requested. I did wonder at the cost – at least three times the school’s annual photocopying charge. Some kids even had a top-of-the-range model and accessories to match, worth more than a basic model. That inequalities will surface between children and between schools in this brave new world is inevitable (and will be the cause of much heated debate in staffrooms worldwide). That children of parents who are more able to pay will get “better” tech is to be expected.

I can understand the school’s wish and the route they chose – pilots where the advantages and disadvantages are uncovered are a sensible way to test innovation on a manageable scale. The only problem is that a tablet is small enough to go between home and school, and it quickly became not only the hub of my son’s entire education, but of his entire life.

Once his initial fervour and my maternal anxieties had quieted down and we had discussed the importance of developing alternatives for a conventional paper filing system, I saw how he mainly used the tablet for schoolwork as he had promised and not for playing games (except probably in every spare minute in school breaks). His class were well trained by teachers not to abuse the trust placed in the trial group. I lost sight for a while of the central importance of the introduction of this new educational tool, although I did have to deliver it to school once when he forgot it at home. A year later, he lost it for more than a month (it needs charging frequently; kids forget their chargers as they used to forget schoolbooks at home, and then inevitably the devices get left somewhere while being charged…). Suddenly I became aware of how essential it had become.

It is a short road to complete dependency

The tablet is my son’s main tool for writing notes on worksheets, keeping track of homework and tests in all subjects and working with classmates on team presentations. He compiles all his notes into digital notebooks and has been taught the importance of backing up. The range of apps he has is broad; no matter what sort of exercise is set or which text a teacher decides to use, he will always find a way to store it on his iPad. Teachers are switching to email to set homework and reminders of due dates, seeing clear benefits, as assignments have a digital timestamp. Essays can be checked for plagiarism. ALL work can be kept in one place and they can refer to a range of materials which are now manageably in the students’ hands. For parents there are advantages, too: books don’t have to be lugged between home and school, excuses such as forgetting homework are no longer valid and teachers can be contacted faster than if you call the school office. Most importantly of all, the willingness with which teenage students use these electronic educational devices communicates how they concretely enhance the environment of academic learning. It is not so boring after all, and sets a clear line between them – the up-and-coming young adults – and us, their boring old parents.

Smart schools are smart offices – for teachers and for kids.

Getting IT into the classroom properly is long overdue, as any office professional will appreciate. The maths pilot was so successful that the school went on to select whole classes in the third year where everyone would use a tablet. The usefulness of technological tools both students and teachers can have literally at their fingertips is mind-boggling. Once upon a time we used a pencil or chalk on a blackboard to write maths problems without the self-corrections obscuring our teacher’s view of our thought process, while carefully crossing out the corrections we wanted the teacher to see. On a computer, both transparent corrections and final answers are crystal clear. Whereas useful teaching resources had to be photocopied for the whole class, with precision to save the trees and save the school’s budget, worksheets, exercises and even textbook extracts can be sent by email, uploaded via MS Teams, and Airdropped to a whole class in a millisecond. Textbooks are no longer defaced by individuals; in Goodnotes handwritten notes can be made on your personal copy, and OneNote stores and organises your work. Gone is the printed timetable on our kitchen noticeboard, I have an app on my Smartphone which shows me which lessons are planned every week. For biology, there is a drawing app; the original maths app that turned the tide creates charts and diagrams side-by-side.

Without any idea of what lay ahead, my son’s school has gradually become “smart.” A smart school is one in which high-tech learning methods are embraced, within sensible limits and provided new learning strategies are freely available to all. In practice, how to be smart varies, but in general such extensive use of new technology is linked with children over 14 having to prepare for adult life in a new era of communication, with modern flexible administration that exceeds the expectations and training of most of their parents’ generation. But we can easily catch up. These apps are simple to use and do not always require an internet connection.

My maternal self is appalled when I associate this technology with the current epidemic of gaming that seduces the next generation into addictive primitive worlds. My fear is not just that children will become lifelong consumers of passive entertainment rather than productive citizens of the world. The sheer power of stimulating online battles distracts them from more mundane activities like being nice to others. Before you have time to think as a parent, you have lost the competition for a teenager’s attention. Surely there are better building blocks for their strength of mind and more importantly for a their ability to sustain a broad range of relationships with the many different types of people as you get in any school community?

New rules for a new generation

From this perspective, technology threatens my child’s future success, making me feel as angry as a Luddite, with fingers itching to disconnect my child’s monitor and confiscate his Playstation. Yet I belong to the generation of parents who have made a lot of mistakes. Associating computer games with TV, we let our children start to play computer and video games, assuming they would get bored as we did of inane programmes in the 70s and 80s. We did not know how addictive they would become or how hard it would be once the hardware was purchased (“with my own money, Mum”) to take a Playstation away from a teenager. We were novices in the main, unaware that these new and even free games actually disguised rampant commercialisation like Christmas Day times 365.

As my colleagues know, I hate blindly having to follow empty or outdated methods and traditions. In my professional life, working on a screen is the norm. And I love my smartphone. I have to remember not to distrust technological tools just because the equipment can be used to monstrously bad effect. Just as at work, we have to accept the pace of progress while not disregarding the people who have to operate the new system. I welcome innovation in schools, encouraging my teaching colleagues to use time-saving electronic gadgets for improved communication. We are, in fact, currently piloting an app at Children First to revolutionise communication with parents about their children. As an educator, the prospect of smart technological schools excites me, even if, as a mother, I am exhausted from all the battles over late-night gaming. I have to keep reminding myself that people do not become inhumane from using technology, nor is it necessarily anti-social. The next generation of parents will see the amount of tech in schools and resist buying into it before their children are 14. It can and should become the daily norm for the working world and not for daily addictive playing at home.

Now what we need to test is whether these changes in working practices have any added value. Do they help students to develop meta-cognitive skills, learning how to learn and learning how to think, which are all aims of the new Swiss curriculum framework Lehrplan 2021 in German-speaking Switzerland? As all schools here prepare for this modern re-vamp, I am reminded of the intellectual excitement of Project Zero, principles developed in Harvard since the 1970s to deepen understanding and the quality of learning in schools. Will new tech be used in schools as a tool to maximise the education of the next generation, or will it merely be used to replace pen and paper?

Monica is an educator, a mother and a social entrepreneur who lives in Zurich with her son and her smartphone. She confesses to being torn between her roles as a mother and an educator in this modern age of digital educational technology. www.childrenfirst.ch    www.fit4school.ch

Laura has studied journalism and advertising, and has worked as a journalist and an illustrator. She has illustrated for magazines, websites, charities and diverse campaigns. She lives in Zurich with her husband and ten-year-old daughter.

Federal rollout. Click on the video clip if you understand German or click on your Canton to get your plan for the introduction to the new curriculum from 2021. 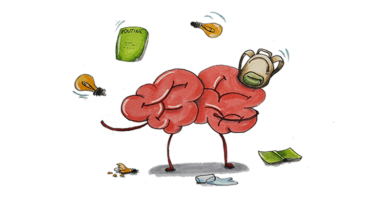 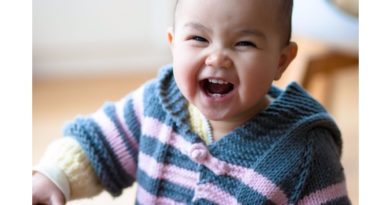