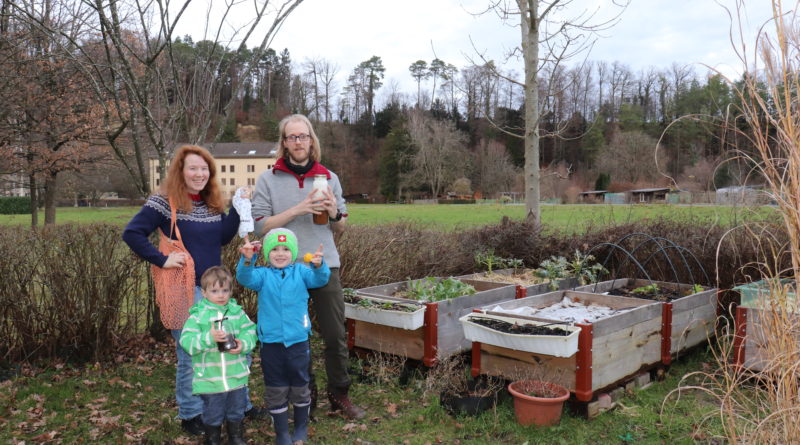 A Family Story of Reducing Waste

Do you know how much garbage you produce? This might not be the easiest question for many of you. Then how about this: How many trash bags do you dispose of per month? For a family, especially with babies or toddlers in diapers, buying trash bags and throwing away the garbage are important household chores. Linda Trondsetaas, mom of two boys, used to fill a 35-litre trash bag every three days, five years ago. Nowadays she uses 17-litre trash bags and throws one away every 10 days. This means she has reduced the garbage production from her household by about 85%. What has happened for Linda and her family over the last five years? I visited this Norwegian family on the 15th of December last year to listen to their stories.

When I entered their apartment in Sood-Oberleimbach, Adliswil, the first thing that caught my attention was the indoor garden with grow light. It was quite big, taking up most of the side of the kitchen island. Fresh red chillis and other green herbs were creating an exotic ambiance, together with a Christmas tree and Advent calendars. “We like gardening, and it’s great we can still grow things and use them for cooking even in winter,” said Linda. Her partner, Thomas Adamcik was busy doing something in the living room. Their two boys, five-year-old Nikolas and three-year-old Edvard were sitting on the floor next to him. They were making a 3-D model for a house that they are planning to move to at the end of this year. It was to help the kids to picture the new house so they can be ready for the change. Thomas kept checking on the blueprint and glued wood plates together. “See? This would be your room, Nikolas.”

Having kids leads to many changes in life. The need for a bigger house is just one of them. Linda encountered a turning point when she was pregnant with Nikolas. It was during her trip in the U.S., while staying in a hotel. “Everything there was disposable. There was nothing I could do to reuse the plates. I was shocked by how much garbage one single hotel was producing, and how mindlessly people were using plastic stuff.” She started to research by reading blogs and books about reducing waste. “I didn’t care much about the environment before that. But my situation had changed. I was motivated by the future of my baby.”

After coming back home from the trip, Linda looked for a group for sharing information in regards to reducing waste. There was a “Zero Waste” initiative active in many parts of the world, but nothing was happening in Zurich. “I felt we needed a proper community in Zurich,” she recalled, “so I made the ‘Zero Waste Zurich’ group on Facebook.” It was in summer, 2017. This group has grown up so far to have around 1500 members. They ask questions, share know-how, organise events. As the group got bigger and more active, the non-profit association “Zero Waste Switzerland” asked her to be an ambassador in the Zurich area to spread this movement. It’s not always easy to devote a big part of her spare time to this volunteering job while working 60% as a biomedical laboratory scientist at the Uni Spital. “I do this because I get inspired,” Linda said. “People are so curious to learn more, and we happily share our experiences.”

What Linda has been doing has affected many people, including her own family. Her son Nikolas often comes to the Zero Waste event and stays with her on the stand, which he calls “not-making-garbage school.” “There was a period when Nikolas stopped every two meters on the street to pick up any kind of garbage and put it into a bin.” Linda laughed. When I asked Nikolas if he knew what his mom was doing to reduce garbage, he brought several cotton bags to me. “Can I show you something?” Nikolas said, and put a piece of broccoli in one of the bags, trying to explain to me how they avoid using plastic bags at stores. Another thing he does is refill a jar of his favourite cereal from a zero waste-friendly store, instead of buying packaged cereals.

Thomas is taking part in this movement at his own pace. “I cannot do everything that Linda does,” he explained, “but I do what I can, as long as it doesn’t make my life too complex.” He bikes to a local farmers’ market twice a week to buy fresh vegetables. On those days he carries a backpack to avoid packing waste. He also makes some food from scratch at home, like yogurt and bread. “We eat lots of yogurt. After I started to make it myself, we reduced a large amount of waste from yogurt containers.”

The most impressive thing that shows this family has moved quite far in the zero waste movement was the composting apparatuses they had at home. There were two of them: a worm-composting bin and a compost tumbler. “Our food scraps basically all go into the composters,” Thomas said, and opened the worm-composting bin they had in the garden. As he dug up the soil, several hard-working red wigglers appeared. “Of course you don’t need to do this if you don’t feel comfortable having worms at home,” Linda said. “Do it your own way, without any stress.”

What could it be the first step for someone who would love to reduce waste but doesn’t have an idea where to start? Linda made it simple: “To be aware.” She gave an example, “Let’s say you eat lots of cookies. First, check exactly how many cookies you eat in a week. You would be surprised to know how many cookie bags you throw away as waste. Then you try to make your own cookies to reduce the waste. In the meantime, you realise cookies are actually not very healthy and change your lifestyle to eat fewer cookies,” she laughed. “It’s important to be aware of your consumption patterns. You become conscious of the fact that you don’t really need to buy some things. When you stop buying needless stuff, it’s already a big step.”

As mentioned above, the biggest motivation for Linda to take part in the Zero Waste movement was her kids. “I am from the coast in Norway. My dad went fishing in his spare time. I grew up surrounded by beautiful nature hiking and fishing. I wish my kids could do the same,” she said.

I was curious about the difference between life in Norway and Switzerland. “Life here is quite comparable to the one in Norway,” said Linda. Since this family loves nature, they feel more at home here exploring Swiss mountains and lakes. She brought back into her mind one of the most beautiful memories they made in Switzerland. Three years ago, Linda gave Thomas a family trip to Davos for a present. They left then-18-month-old Nikolas at the hotel with a babysitter and went to the top of the mountain. It was their ninth anniversary. While preparing for snowboarding and Telemark skiing, Linda put her plan into practice. She took out the ring and asked Thomas if he would marry her. At first, he didn’t know what was going on, because Linda was crying so much that he couldn’t understand her, even if there was nobody around them. When he finally realised why she was crying, he said, “Yes, of course!”

Even though they are pretty happy living in Switzerland, they do miss things from their home country. Linda misses “fresh, proper fish.” For Thomas, it’s the social connections. “It’s difficult in Switzerland to build a social network with other dads, because they don’t get enough paternal leave here,” said Thomas. In Norway, 15 weeks are reserved for both maternity and paternity leave, respectively. On the other hand, in Switzerland, there is no law granting fathers the right to paternity leave. In the private sector, they normally get one to two days off for the birth of their child. “I have a woman co-worker, whose partner stayed at home to take care of their baby,” Thomas continued. “And the father had a hard time meeting other men at parks or playgrounds because fathers here don’t have enough time to spend with their kids unless they have a good employer.” Probably this contributed to the small difference between these two countries in level of happiness: according to the World Happiness Report 2019 released by the United Nations, Norway was ranked as the third happiest country in the world, while Switzerland was sixth.

During the interview, which took over an hour, Nikolas and Edvard rarely made any trouble. They were nice, calm boys, especially for being three and five years old. That’s why I asked them if they have any parenting principles as the last question. Thomas said, “I would love them to be well-rounded. So we try to support anything they show interest in.” Linda agreed and added, “And empathetic. I want my kids to be aware of their choices and care about nature.”

Throughout this project, I remembered something Greta Thunberg, the 17-year-old Swedish environmental activist, said. “You say you love your children above all else and yet you are stealing their future in front of their very eyes.” Things can be done for the future of our kids, other than reading fairy tales. Below you can get some tips on where to start to reduce waste from home, or simply begin by counting the cookies you eat every day.

This article is the second one in a series that Chloe is writing about international families in Switzerland. The first one can be found here. 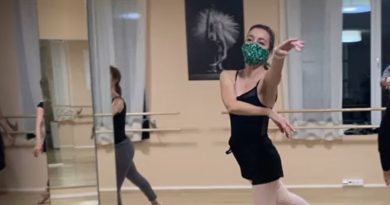 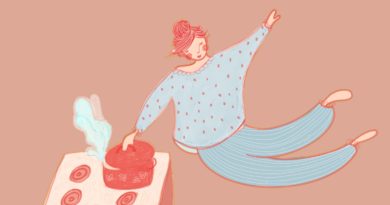 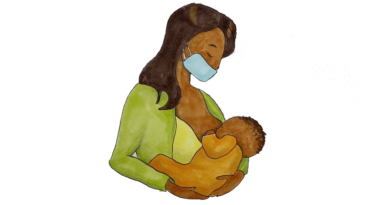 Got Covid? Keep Calm and Carry On Breastfeeding