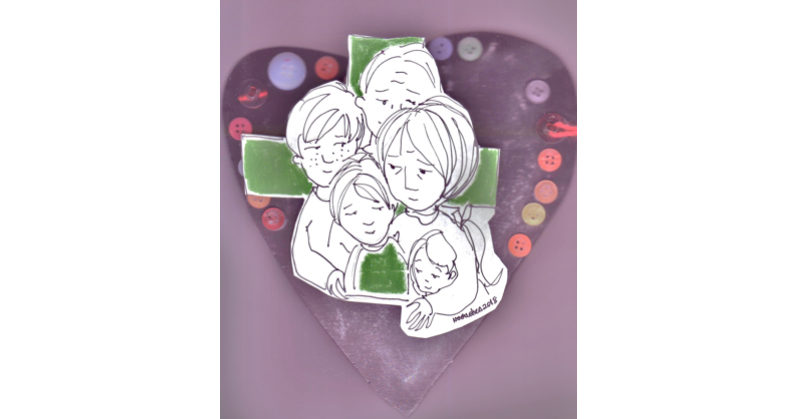 I’m sure my husband sometimes looks at me and our two daughters and thinks, “Well, those may be my monkeys, but this whole set-up is less like a circus than an outpatient treatment facility.” Because the children and I have Issues and Challenges, most of which require some sort of medicine/special equipment/suspension of disbelief: two of the three of us are short-sighted, two have asthma, two have anxiety, and one is dyslexic; all three of us have ADD to some extent, and one is hyperactive as well; two have sensory processing disorder, and all of us fall over a lot.

For most of my life I did nothing about any of my conditions, apart from having to wear contact lenses. I just labelled myself: Clumsy, Forgetful, Unstable, Unfocused, Wheezy, Hysterical and Functionally Blind. It was only when the children came along that I actually started to understand what had been wrong with me my whole life.

For example, when my littlest wanted to learn to ride a bike, besides never being able to do this myself (Clumsy!), I took her to the park to teach her.

“What’s going on?” I asked my husband, as we watched the child swerve wildly to avoid a car parked two blocks in the distance.

“She’ll kill herself on the roads,” I wailed (Hysterical!), and after we retrieved her from the shrubbery, I consulted the experts to see what the problem could be. The child has been diagnosed with vestibular proprioceptive spatial what what, and now I understand both of us better.

“Your daughter may be hyperactive,” our paediatrician suggested a while ago, five minutes into the appointment.

“Gosh,” I said, glancing over at the child, who had played with all the toys, coloured all the picture printouts, and was at that moment standing on the examination bed, trying to climb out of the window. “You may be right.”

It turns out that the child is extremely Deficient in the Attention department, very gifted in the Hyperactivity area, and Disordered all over the place. And in the process of reading everything in the world about ADHD, for her sake, I’ve realised that I have it too! (Well, not the Hyperactivity part. My diagnosis is more like Attention Deficit Can’t Get Up Off the Couch Disorder.)

The relief that comes with knowing this is enormous. The chaos of my life, the forgotten dates, the missed deadlines, the unanswered mails (Unfocused! Forgetful!) – there’s a reason for it.

And because I want to be kind to the children about the Issues and Challenges they have, maybe I can be kinder to myself.

I would, for instance, not say to the anxious child (as I have to myself, so often), “Calm down, you catastrophising nutcase. You live next to a forest. Not every chainsaw you hear belongs to a serial killer.” (Unless you’re a tree, of course. It’s different for them.)

I would say, “What a wonderful imagination you have! You should treasure that. Also, let’s remember all the scary things that pop into your head, write them down and see if we can outsell Stephen King.”

To the myopic child, I would not say, “What are you going to do if you’re ever shipwrecked on a desert island, and lose your glasses? You’ll be the weakest link and the other survivors will kill you and eat you.”

Instead, “Thank goodness we live in a time and place where it’s so easy to find excellent eye care. Now, let’s write that scary shipwreck story down and see if we can outsell William Golding.”

To the asthmatic child – not, “You’ll never run very fast, so come the Zombie Apocalypse, you’d better have a bunker to hide in until it’s all over.”

Rather, “Aren’t we lucky that the medicine available is so good that this hardly has to affect your life? Also, we live in Switzerland, where bunkers abound!”

And to the little ADHD sufferer, I wouldn’t say, “I cannot bloody believe that you forgot to buy tomato sauce again. Now I have to call dinner ‘cheese on crackers’ instead of ‘crunchy mini-pizzas.’”

But instead, “Don’t worry. You tried. You are a Child of the Universe. And Dad loves stopping off at the supermarket on the way home from work. Let’s see if Mommy put her phone in the fridge again, so we can give him a call.”

She spends her free time making To Do lists of things she’ll probably never get around to doing (have the car cleaned; vacuum under the bed; run a half-marathon) and putting the finishing touches to her third novel. To read more of Robyn’s writing, click here or find her on her Facebook page, Loco Parentis. 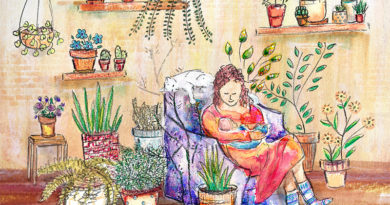 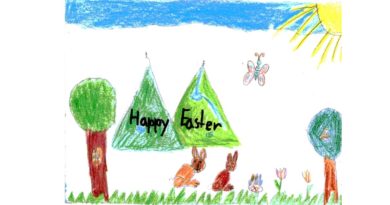 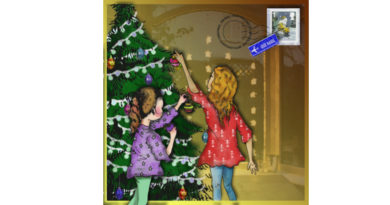