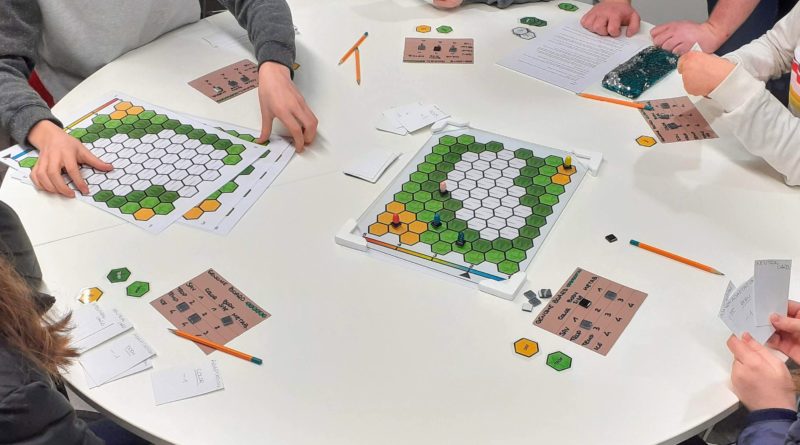 A board game for a world that’s falling apart

Are you a parent or educator who finds it difficult to explain biological and ecological phenomena, such as climate change, to young people? I am! As my eldest son, who is now seven years old, has started asking more and more questions about the cycles of the seasons, the universe and animal life, I feel rather inadequate when faced with the task of explaining how the environment and ecosystems work.

I truly believe the words of Jacques-Yves Cousteau, the French oceanographer and filmmaker: “Knowing your planet is a step towards protecting it.” As a professional who works with words, I am convinced that adults have a crucial role in helping future generations understand the complexity of the biological and natural world and how people and the environment are part of the same system. However, I do not have a degree in science, and my biggest problem is talking about climate change and evolution in a simplified way. This is where Climate Change – the board game is really useful, because in about half an hour (the length of the game) children (and adults) see how each event in nature is connected to other events and is the result of the complex interaction of many variables.

The recommended ages for the game are eight years and up and it is for two to five players. I played the game with both of my children, the youngest being five years old. Although some parts of the game (such as the reference to DNA) were a bit difficult for my second-born to fully understand, he was able to follow most of the activities.

To play Climate Change – the board game, developed by Dr. Michela Leonardi, a young Italian researcher at the University of Cambridge, you need a printer (all the material is downloadable) or simply the “Internet” to play online. Just one tip, make sure you have prepared all the material or installed the online game before suggesting your children come to play, especially if your kids are not very patient (and mine are not!), as it took two of us more than twenty minutes.

My family and I chose to play the downloadable version…from the comfort of our carpet! The printed pack consists of a board with four different types of habitat – savannah, tropical forest, temperate forest and tundra – on which the players’ tokens, representing different animal species, move. The climate, where the species live, changes unpredictably (depending on the dice that are rolled) and the species over time accumulate mutations that may or may not allow them to adapt to new environments. The first player whose animal species adapts to all four habitats wins the game.

I soon recognised the educational dimension of the game: there is definitely a need for an adult to accompany the children in the activity, explaining the meaning of the different mutation cards that can be adaptive, neutral, or deleterious and that are drawn at random from a common deck, allowing the players to change the genetic variants and thus facilitate the adaptation of their species to a different habitat.

Is this a game I would recommend my children play again? Absolutely! The duration of the game – about half an hour – is not a great challenge in terms of the attention required. However, a lot of concentration on the individual moves is necessary. This is, in my opinion, very important and constructive for children who nowadays, and all too often, receive far too much stimulation in a very short time. Furthermore, I myself have learned a lot about climate change from the game, and have been able to pick up a number of scientific concepts such as adaptation, species evolution and extinction in a rigorous but simplified way. How

This game is great for eco-conscious parents keen to teach their children about the environment – it’s a fun way to help kids understand why we need to protect our planet.

Valeria is a journalist in Switzerland, where she moved more than a decade ago to study political science at the University of St Gallen. She used to live near Zurich and is now in Tessin with her family and cat!

There are other playful activities that are good for developing an awareness of the balance that governs nature. The food chain game is well-known: choose a natural environment (forest, desert, steppe) and then list, by writing or drawing, the animals and plants that live there. The names or figures represented must then be cut out and arranged in a circle, joining them according to their relationships, i.e., who eats whom. This game helped my children to grasp how it is not enough to introduce predators into a given environment to compensate for the presence of an excessive number of other animals.

Another idea came to me from the primary teacher of my eldest son: it is called the Food Pyramid and involves checking different food packages from your home shopping to identify how different packages can be recycled. It’s a good way to learn about the impact of our food choices on the environment. 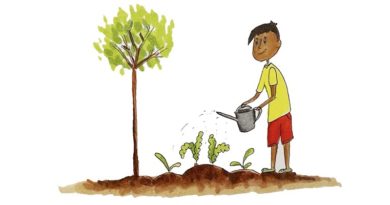 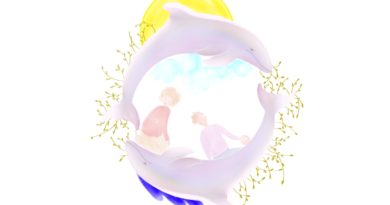 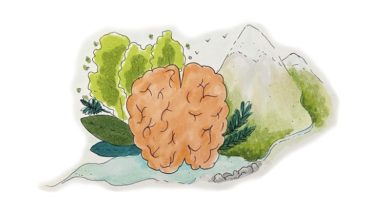