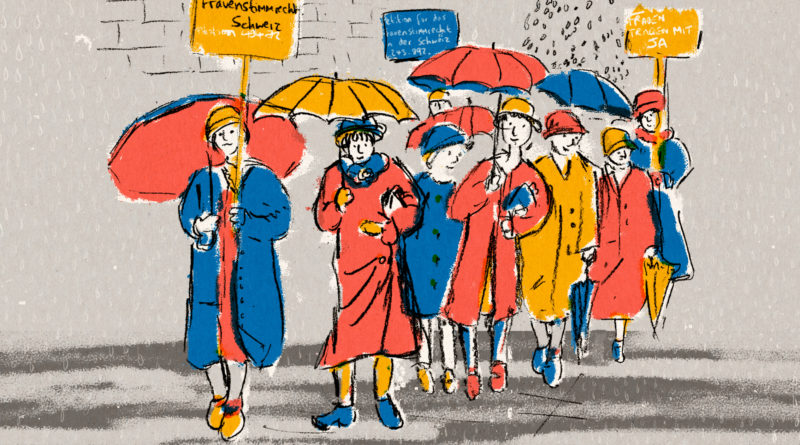 In 1879, the first issue of Schweizer Frauen-Zeitung, or Swiss Women’s Newspaper, rolled off the press. Its publisher and editor was not a man and its pages were not just devoted to fashion and the home. It had been 11 years since the first – failed – attempt by women to argue, in 1868, that a revision of the cantonal constitution that included the ambiguous term Stimmbürger (voters) could mean women as well as men.

Editor Elise Honegger had had enough. She was tired of the lack of power women had over their lives. So she wrote about civil rights for women not only in society as a whole but also in the marriage. Girls of all economic classes, she stated passionately, should have the right to an education and gainful employment. She informed her readers about their legal rights and the difference between separation of property, should they have been lucky enough to have inherited any, and the union of property once they married.

Fast-forward 80 years to 1959. The Frauenblatt’s editor was Iris von Roten, and she was frustrated that life for Swiss women had changed so little.

They still had no control over their property, bank accounts, or even their children. They earned about a third less than men. And they still could not vote.

Bills in the 1920s to give women a voice in public life on the cantonal level had been voted down in Geneva, Neuchatel, Basel-City, Zurich, Glarus and St. Gallen. During the Second World War, women were expected to take over traditionally male jobs while the men were guarding the border, but were also told to keep mum about politics and voting.

In the boom years of the early 1950s, the mood changed…for the worse. The economy blossomed and families could afford to live on one salary. Why, then, the argument went, should women work outside the home? Or, for that matter, have any rights at all?

Like Honegger before her, von Roten had had enough. She painstakingly researched the status of women in western society, using her training as a journalist and lawyer, to provide an economic and legal analysis of how women were being oppressed. Her opus was years in the making and her research took her to a variety of countries, where she met with some of the world’s leading thinkers.

“She was Switzerland’s Simone de Beauvoir,” says Clare O’Dea, who wrote a historical novel based on Swiss women’s fight for suffrage. She says she used von Roten’s work for research, molding her characters to match the reality as they would have lived it.

The publication date, October 1958, of von Roten’s exhaustive 564-page book Frauen im Laufgitter (Women in the Playpen) was no accident. In only four months, a referendum on women’s suffrage was scheduled to be held.

Swiss women’s groups had been strategizing for years for that referendum. The only way to get the right to vote was through the men. Not parliamentarians. Not judges, but husbands, sons and brothers. They were the ones allowed to vote in Swiss referenda.

The enduring and much-touted direct democracy that has kept Switzerland intact since it was introduced in 1848 means that all laws must be approved by voters. And in February 1959, only men could vote.

“Women decided they needed to take a soft approach. That meant they couldn’t get the men’s backs up,” says O’Dea, whose book Voting Day comes out in February from Bergli Books.

In other words, suffragettes in the UK, Ireland or the US in the first part of the century had blown up letter boxes, sabotaged telegraph lines and broken windows. Swiss women in the late 1950s, though, were cajoling and caressing men’s egos, attempting to convince them, through reason, to do the morally right thing.

Then came von Roten’s bombshell of a book. She wrote that motherhood too often came with little social respect; that housework was a form of modern slavery, and that men too often used love as a weapon and instrument of power.

The reaction was predictably swift and furious. The Basler Nachrichten wrote that Frauen im Laufgitter was “full of bitterness” and “does nothing but attack the male world. That’s simply unacceptable.”

Turns out, though, that even some progressive men were beginning to understand the importance of giving women a voice in political life. In 1962, in the midst of the Cold War, Switzerland wanted to sign the European Convention on Human Rights. Just one problem: the country did not meet European standards because of its treatment of women.

The remedy, some conservative politicians decided, was to propose an exception – the country would adhere to all the conventions, with the exception of women’s suffrage. That did not go down well in all quarters.

Women like Emilie Lieberherr began organizing. The new generation of women said it was time to stop playing nice: they needed to get loud.

In 1969, Lieberherr and about 4999 others – wearing red coats (to be seen) and blowing shrill whistles (to be heard) – marched to Bern.

There would have been more demonstrators, O’Dea says, except that there were still members of the “old guard” who were nervous about upsetting the men. By this point Vaud, Neuchatel, Geneva, Ticino, Baselland and Basel-Stadt had granted women voting rights on the cantonal level. See? Change can happen incrementally. But the younger women couldn’t wait any longer.

Finally – February 7, 1971, 50 years ago this month – Swiss men voted 66 percent to 34 percent to allow women a say in national government, too. Swiss women were almost, but not quite, the last in Europe to gain this right. That “honor” goes to the women of Liechtenstein.

The story of Swiss women’s fight for the right to vote is a story of resilience. It’s also a cautionary tale: Sometimes it’s OK not to play nice.

An Irish and US passport holder, Alison cannot vote in Switzerland. But she does admire the country’s direct democracy. Usually.

Lemady is a British artist and illustrator living near Einsiedeln. Her first illustrated book ‘The Little Mermaid’s Son’ by Annahita de la Mare was published in December 2020 and is available on Amazon. She also runs Story craft classes and parties for children at the Storycraft Studio in Rüschlikon, ZH. She has a background in theatre arts and children’s literature. More information and contact details are on her website http://www.lemady.ch  Facebook: http://www.facebook.com/lemadyart Instagram: http://www.instagram.com/lemady_art 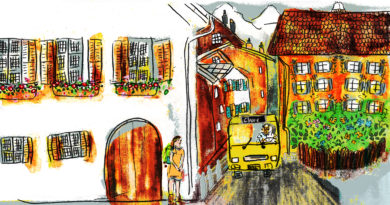 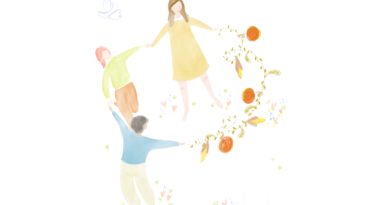